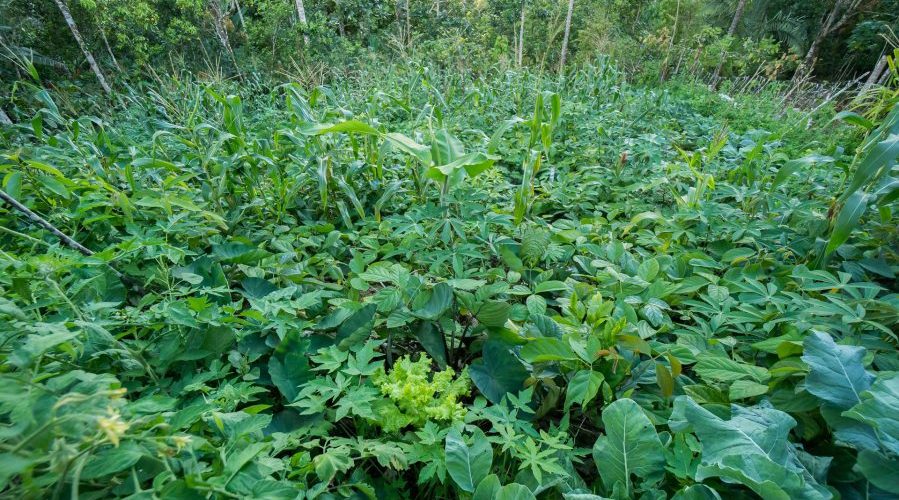 Differences between organic and syntropic farming

One question commonly asked is “What is the difference between syntropic farming and organic farming?” We have already discussed it – and even positioned syntropic farming among other concepts and practices related to agriculture and sustainability. But here we asked Ernst Götsch himself to give his answer. Check it out in this article he wrote for Life in Syntropy. 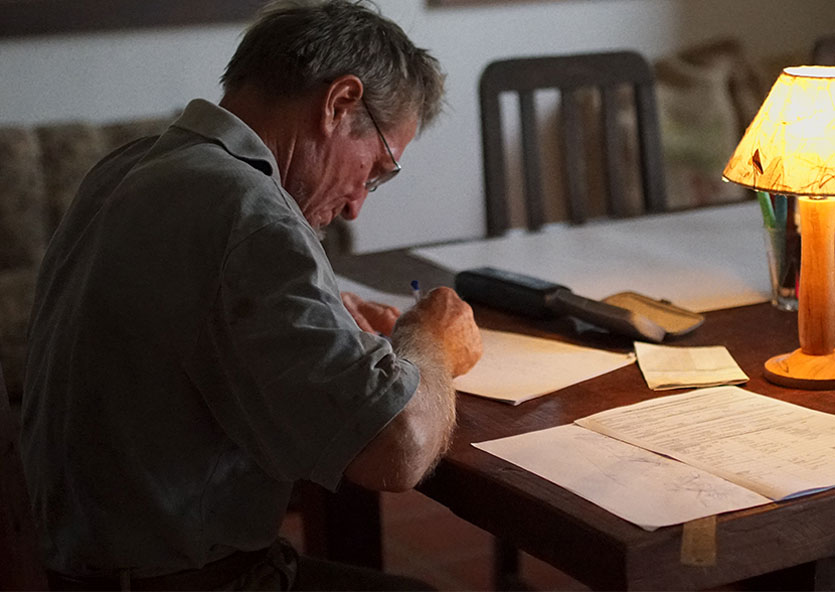 Organic and syntropic farming are two sisters, starting from the same idea, but the approach to the solution of the problems they come across with has led them to different paths. organic Agriculture aims to replace chemical fertilization (usual in conventional farming) with primarily organic fertilization (composts made from organic waste, green manure, manure, etc.). In Syntropic Farming, we work the design aiming to arrange different species all the way from the implementation of the system and continuing at each step in the conduction of our plantations, managing them to produce their own fertilizer. For that purpose, we plant trees, grasses, and herbs in high density. They should share the characteristic of vigorous regrowth after pruning. A good farmer manages them accordingly. The periodic pruning results – in addition to the supply of light for our crops – in organic matter in large quantities which, on top of the soil, create a prosperous life in it and, indirectly, fertilize our plants. 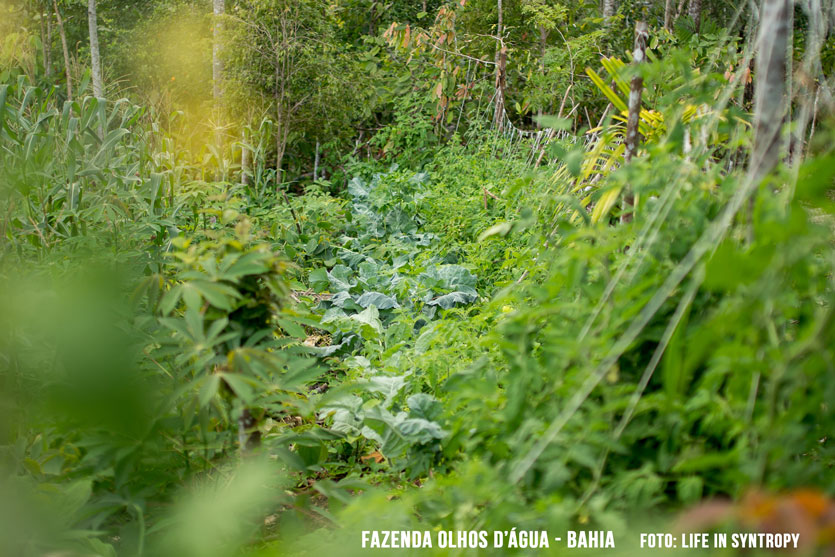 An additional benefit besides the first two (if not greater) – light and fertilizer – is the effect of rejuvenation of the whole system that occurs after pruning: information of new vigorous growth and health for the whole system, induced by regrowth of our allies.

This idea leads us to the next difference between organic agriculture and our syntropic: organic farming involves phytosanitary control, i.e., the fight against diseases and pests. To regulate that, they create all kind of standards to define what is allowed and what is not allowed. The result nonetheless is the use of an entire arsenal of preparations, mineral mixtures to strengthen plants, or to kill or keep away pests and diseases, traps to capture unwanted insects, indoor breeding of predators to later release to control infestations, etc. etc. Those are tools developed and used as a consequence of the division, the separation between good and evil. 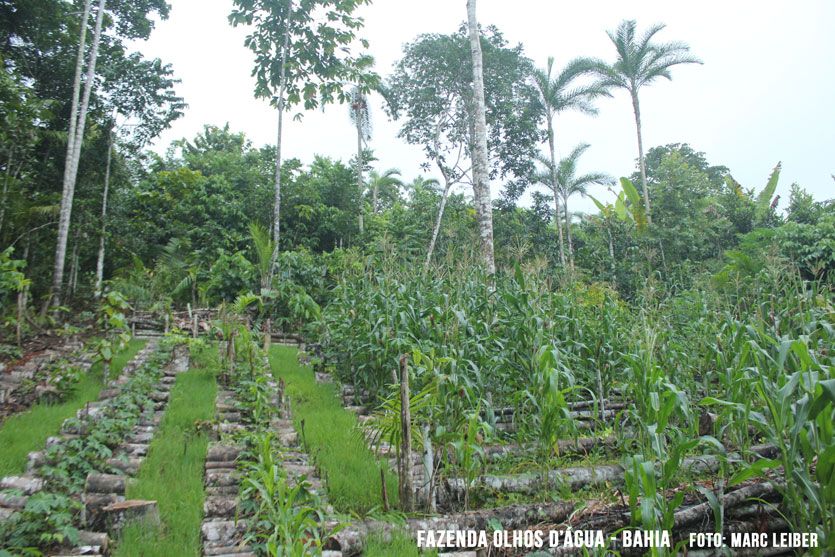 In our case, with syntropic farming, we work to obtain the vigor and prosperity of the whole system. We treat those considered to be pests or diseases as indicators of weaknesses in our plantations, caused by mistakes made by ourselves. Errors committed in the design or management of our agroecosystems. We look at pests and diseases as indirect allies, members of the immune system of the macro-organism life on planet Earth (which we are part of).

From this perspective, there is no good or evil. There is, yes, a function. Those colleagues, considered as pests, can indirectly give us clues about how to interact more organically towards the macro-organism, so there is no need for emergency care by the “firemen of the system.” That is why, once again, they are allies, members of the immune system, equal to the white blood cells in our body that act and reproduce when the processes of life in it (macro-organism) leave the given matrix.

Or, listen to what Aesop (700 BC) said through Cronos. He created beings on this planet, including men, and said. “Man, I put you in this place, make it your paradise! Live well! Occupy it and multiply! Be creative! You can do whatever you want. There is a single condition, a limit: the laws in which the macro-organism, whose part you are, are given (pre-established). It’s not even up to us, Gods of the Olympus, to make our own laws! ” Mankind lived happily. One day, however, men began to think “what if we made our own laws? We would be more powerful than the Gods of the Olympus.” By doing this, (their own laws), they came into conflict with the Gods and began to make war on them.

Watching that, Cronos began to scratch his head, thinking, “What am I going to do with this child of mine? I’ll kill them!” He decided, and he came down from the Olympus carrying his ax on his shoulder. When, however, he saw the people, he changed his mind: “Man,” he exclaimed, “I will break you as a punishment for your disobedience.” He took his ax and did it. “And this,” he said, “has the consequence that you will try to reconnect with your second half your whole life, and you will not find it. And it will be mortal for your species.”

As mentioned in Aesop, the laws are given. When we accept it and act accordingly, we close the cycle, and we will return to the beginning of my answer to your question: the approach to the solution of the problems syntropic and organic farming encountered during their trajectories led us to different universes. 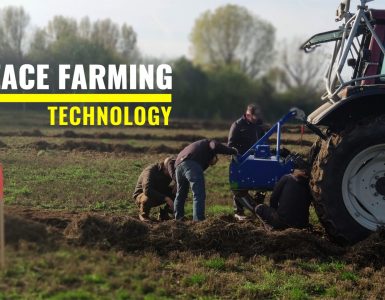 If you have been to one of Ernst Götsch’s workshops or presentations for the past years, you’ve probably heard him talking about his ideas for new machines – an essential step to up-scale the... 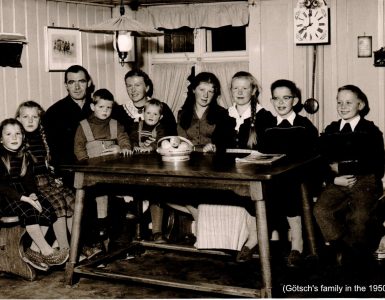 In “Perennials,” Ernst Götsch brings back memories of his childhood and his family’s eating habits. But, along with reviving flavors and varieties of countless fruits, leaves, herbs, and roots, Ernst...