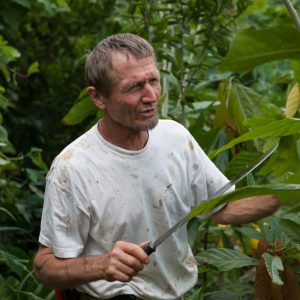 Ernst is a Swiss farmer and researcher with more than 40 years of experience and achievements in the field of sustainable agriculture. Throughout his life, Götsch has developed techniques that reconcile agricultural production with landscape regeneration. The set of principles and techniques he developed has become globally known as Syntropic Farming, and its practical application is evident on Ernst's farm (Bahia, Brazil), with the recomposition of 410 hectares of degraded lands, the resurgence of 14 springs and the reappearance of species of native fauna. Besides his farm, he does workshops and consultancies around the world. 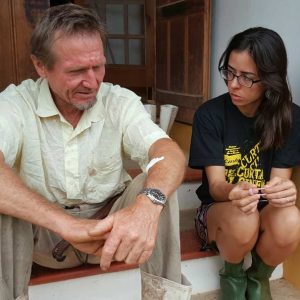 With a transdisciplinary academic background, Dayana Andrade transits between the major areas of communication and life sciences. Since 2009, she's been applying such skills to the theoretical study, practical experimentation and the diffusion of Ernst Götsch's Syntropic Farming. Since then, she's written texts and produced videos for Agenda Gotsch and Life in Syntropy. Together with the authors of the TV show "Velho Chico" - nominated for the Emmy Award for Best Telenovela in 2018 - she helped to bring up important farming-related issues to a broader audience. In the practical experience, she managed the syntropic experimental areas and learning center on São Sebastião Farm (Rio de Janeiro, Brazil) between 2016 and 2018. Dayana holds a Ph.D. in Environmental Sciences and Conservation from the Federal University of Rio de Janeiro (UFRJ), with a thesis on Syntropic Farming's adoption. 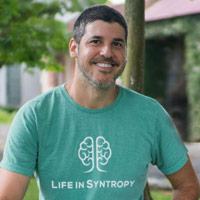 Felipe is one of the pioneers in the dissemination of Ernst Götsch's work with the film "neste chão tudo dá", in 2006. Since then, he divides his efforts between the journalistic profession and the plantations on the farm that later would become a Syntropic Farming training center, in Rio de Janeiro. He closely follows Ernst Götsch in projects in Brazil and abroad, and the result of this intense interaction is translated into texts and videos published on "Agenda Gotsch" and "Life in Syntropy." Felipe has a master degree from the Federal University of Rio de Janeiro (UFRJ), with the dissertation: "Ernst Götsch's Syntropic Agriculture: history, fundamentals and its niche in the universe of Sustainable Agriculture". He also worked as a technical advisor in farming-related scenes for the Emmy nominated telenovela "Velho Chico" (Globo TV), and teaches workshops with an emphasis on the principles of Syntropic Farming. 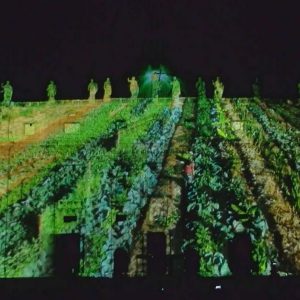 A bit of our history II – intense years A bit of our history – first records